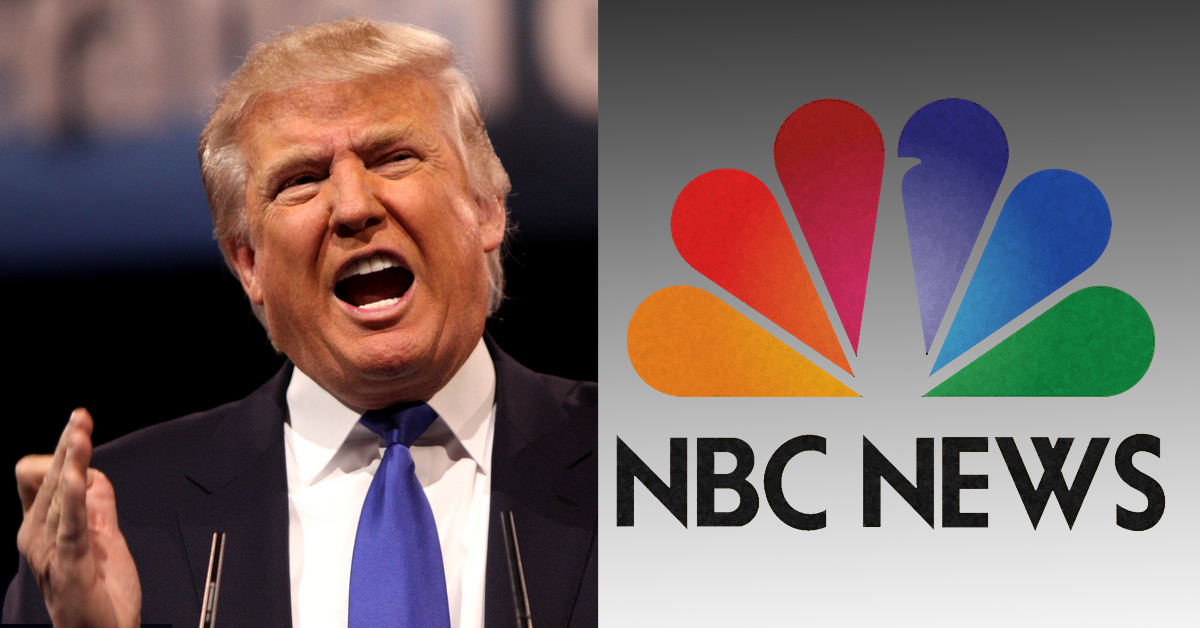 In a gesture that is only half-surprising, this morning, President Donald Trump tweeted out a thinly veiled threat to pull NBC’s broadcasting license, inferring his reason was the network’s severe Trump administration criticism.

With all of the Fake News coming out of NBC and the Networks, at what point is it appropriate to challenge their License? Bad for country!

Before we start celebrating, let’s stop and think about this. Yes, NBC news and programming tend to be biased against Trump and Republicans, like the rest of the big three. A reasonable person can be honest about that. However, the president doesn’t have the power to shut them down because they’re biased against him. Now, it may be that Trump isn’t serious. This President says a lot of things he doesn’t mean… a LOT of things. However, at some point Trump needs to accept that, as president, his meaningless words carry more weight than most, and it should be beneath his office for a president to behave that way. Besides, the “Gee, this is a nice place! Sure would be a shame if something happened to it” routine that Trump likes to use in making threats is hardly compelling for establishing plausible deniability, and it really is getting tiresome.

I’m old enough to remember a little thing called the Fairness Doctrine, supposedly created to prevent bias on the public air-waves. To the contrary, what it did was put a stranglehold on free-speech and limited options for consumers. Its removal was as the fall of the Berlin Wall, and led to the rise of personalities such as Rush Limbaugh and other media alternatives. And whenever the left tried to revive fairness doctrine, the right side of the aisle screamed bloody murder, and rightly so. We don’t need the president or anyone else regulating the content of our political speech, especially if the standard is “how fair is it to the president?”

I know it’s fun to listen to the president attack the press. They really are awful, having long ago squandered what little credibility they had as an unbiased news source in their shilling for left-wing causes. However, if the president creates powers for himself, not granted to him by the FCC (or more importantly the Constitution), he will be contributing to the downward slide towards federal authoritarianism. Such things are bad enough for a president to threaten, let alone do. And if you are a Trump supporter, and Trump saying or doing such things doesn’t faze you… pretend Obama said it. Would you have liked to see Obama with those powers? I doubt it! But make no mistake, such authority, once created, won’t go out with Trump.

Trump showed certain instincts during his campaign that demonstrated his lack of knowledge/concern for concepts such as limited government and separation of powers. The thought that Trump might rule the U.S. as a third-world banana republic worried many, especially after coming-off the previous administration which was all too well known for favoring executive fiat. If all we have is a choice between total-government from the right or total-government from the left, I say that is no choice. As Washington continues to grab up powers for itself, powers over all of us, at some point we Texans need to recognize that this isn’t what we signed up for, an this further illustrates of the urgent necessity for Texas independence. For freedom’s sake, it’s time we wish the U.S. “Best of luck” with their experiment in authoritarianism, say “Good-bye” to this plague of imperial presidents, and go our own way. In fact, it’s past time. Texit.