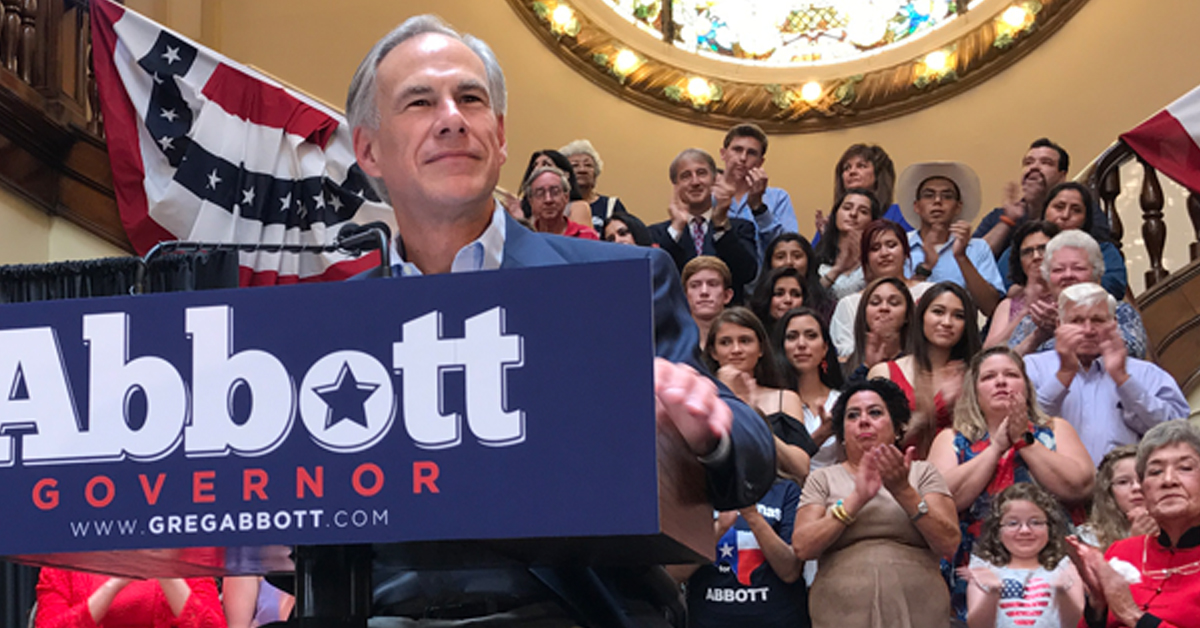 At the historic Sunset Station in San Antonio, the Texas Governor, Gregg Abbott, in a move that surprised no one, announced that he was seeking a second term. 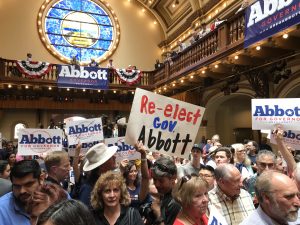 The event was a smaller venue, invitation only, but was nonetheless packed. Of course, the Texian Partisan was there!

The various chants of “ABBOTT! ABBOTT!” or “KEEP TEXAS RED!” ensured that the event was a lively one, but that wasn’t the only entertainment. Prior to the start of the event, a middle-aged woman, bearing an event issued “Abbott” sign that she had crossed out, was forcibly removed while exclaiming, “They’re taking me out!” She reportedly went boneless and had to be carried away. Also, during the actual speech, another protester took to the upper level yelling something about property taxes, but she was swiftly escorted out by Abbott security, who seemed very much on top of their game. 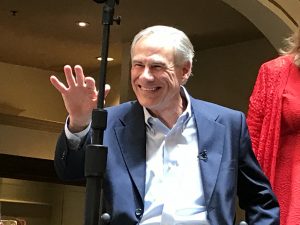 The Governor’s speech was fine, but nothing especially earth-shattering. Flanked by seated family members, the presentation he gave was more of an it-ain’t-broke-so-why-fix-it speech. Abbott highlighted his policy achievements thus far (such as open carry, foster care reform, and the gang task-force) and renewed his commitments to those reforms not yet delivered or still on-going (such as school choice, a continued commitment to small government, and a pledge to keep Texas the premiere state in the Union). Abbott’s actual announcement of “I’m running for reelection,” was naturally greeted by great applause.

In another moment worthy of note, while touting the steadily improving economy of Texas, the governor commented that “If Texas were its own country, we are doing so well that we would have the 10th largest economy in the entire world!” However, he had to pause as soon as “…were its own country” escaped his lips, because so many people started cheering at the mere mention of a hypothetical independent Texas. I’m glad the governor realizes the popularity of such line, keeping it in his repertoire. Over his next four years (if successful) let’s hope it becomes more than an applause line.