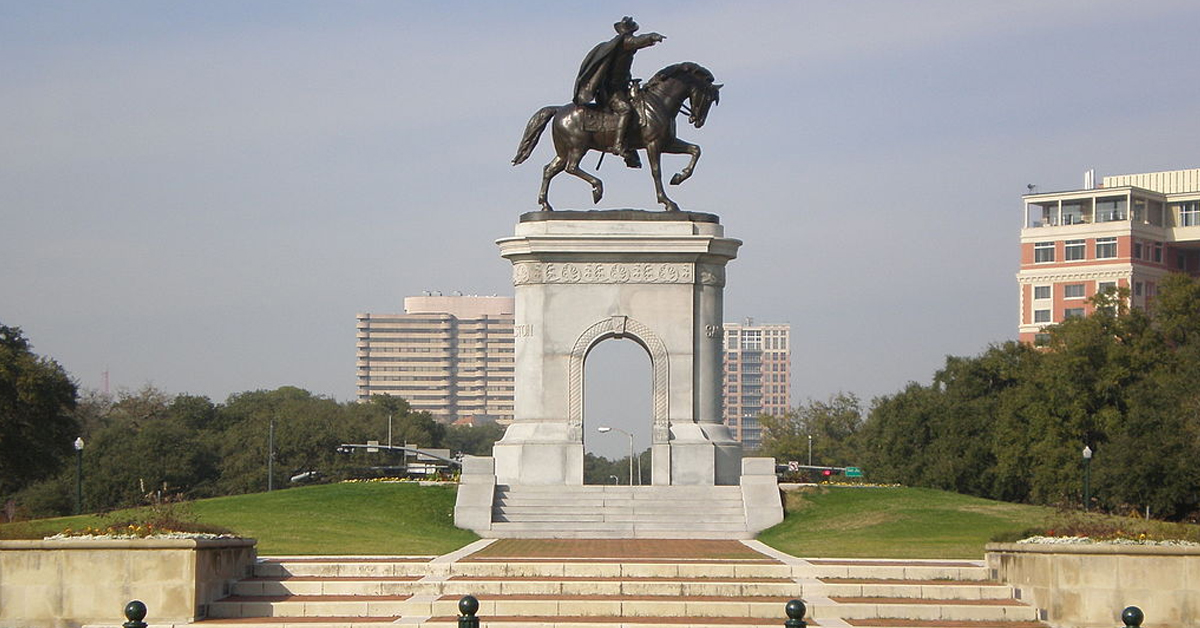 Photo by Another Believer

UPDATE: Please click on the following. Known conditions have changed since writing this!

Texas Antifa has stated that they are planning an event in Houston on June 10th. The location for their meet-up, and their target, is the Sam Houston Monument in the Museum district in Houston.

It seems that in the aftermath of tearing down the Robert E. Lee monument in New Orleans, Antifa believes they have momentum and want to focus on the Houston statue as their next target. And while the city of Houston has communicated that the monument is in no danger of being torn down, Antifa’s goal is to try to move enough support in Texas to do just that.

Not willing that the Houston statue become the next casualty in the war on history, several groups are planning on meeting Antifa in counter-protest. This is Texas, the group hosting this effort and also the name of the counter protest, is asking volunteers to show up at Hermann Park on Saturday, June 10 at 10 AM.

The Texas Nationalist Movement is also asking for its members to show up to this event, to defend Texas and the Houston Monument.

When the Taliban gained control of Afghanistan, the world watched in horror as they destroyed centuries old statues and monuments because they did not fit the Taliban’s flavor of religious orthodoxy. The condemnations flowed from world governments.

Yet over the past several years, forces representing another repressive orthodoxy have systematically worked to do the very same in North America eliciting nothing but praise from the media and the followers of that orthodoxy in government and silence from those same governments around the world.

The Texas Nationalist Movement has been made aware of the protest of the Sam Houston statue that has been planned by Antifa as well as their threats to “take down the statue.” We have consulted with elected officials in the City of Houston and the state government and have been assured that this protest from Antifa is nothing more than a stunt and that our monuments and memorials are safe from removal.

On the off chance that someone in Texas government is foolish enough to latch on to Antifa’s desire to erase our history, I’d like to make our position perfectly clear.

The Texas Nationalist Movement will not tolerate it.

Any attempts to dilute or erase our history and culture by the removal of our memorials and monuments will be met with the strongest resistance from the TNM on every front at our disposal. That includes political and judicial means and even placing ourselves as physical impediments to their removal if necessary.

The madness that has gripped the rest of the United States ends at the borders of Texas.

If planning to be present, wear your TNM shirts and hats, and bring your TNM and Texas flags.

Send a message with your voice and peaceful protest that Texas and her history still belong to her people, and not to violent agitators and outside radical groups. This is the moment for true Texans of all races and creeds to stand together to say the bullying stops here.

(A word of caution to attendees. Antifa has been known to engage in violence during demonstrations in other states. And while we have more confidence in our police to secure the peace than the politically ham-strung cops of California, please use extreme caution, and report any instances of violence to law enforcement on hand. Be prepared. Be safe.)

In this article:Daniel Miller, Sam Houston Monument, This Is Texas Counter Protest, TNM