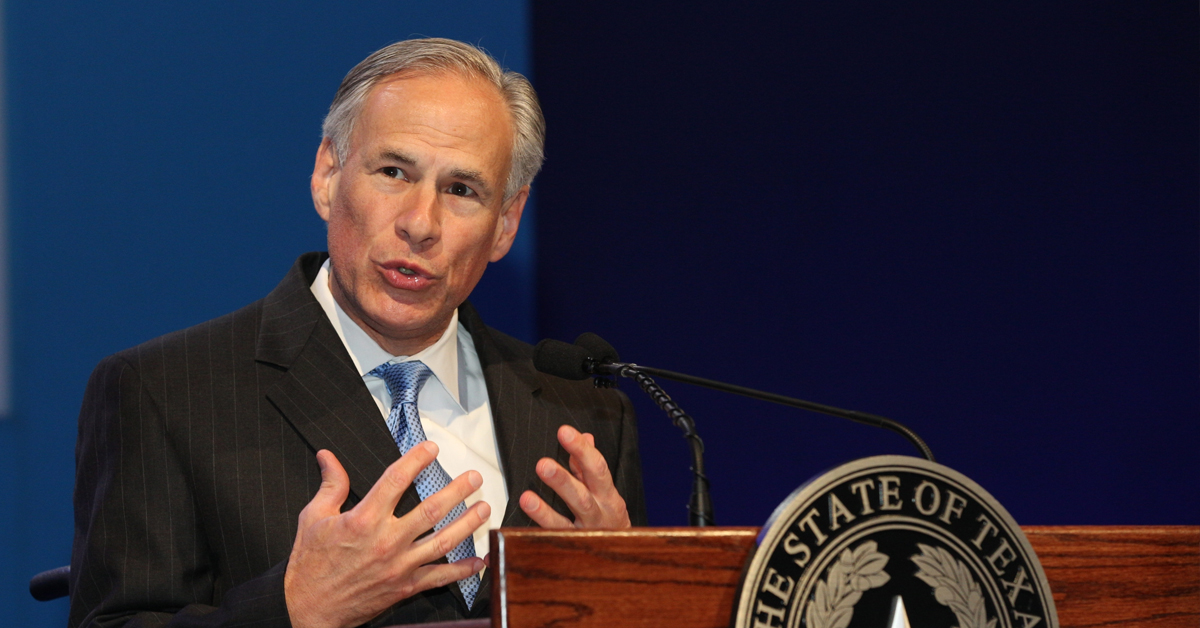 Yesterday, Governor Greg Abbott commented that he wasn’t ready to discuss holding a special session of the legislature, hoping that his legislative priorities would receive a passing vote before the end of this session. Unfortunately, his priority list was a short one.

Although there are only four days left in the 2017 session, the Governor believes that period provides ample time to pass two of his policy objectives: reforming property taxes and legislation on transgender public bathroom access, according to an article in the Statesman.

Both Governor Abbott and the Lt. Governor are the same page. However, instead of playing Abbott’s good cop, Dan Patrick is using the threat of a possible special session as a stick to compel passage of their mutual goals. Since the Mother’s Day Massacre, Patrick has been consistent here, even going so far as to say that he’d urge the governor to call for special session after special session until passage.

It’s nice to know that the Governor and Lt. Governor are willing to use their offices to fight for conservative reform. However, if they are so keen on conservatism, why just those two? This session has seen so many worthy bills go down with a whimper, and a little word from the Governor or Patrick might have been helpful. So, why not more? What about the rest of the House Freedom Caucus’ agenda, the bills that were denied a floor vote because of the machinations of Speaker Joe Straus? What about the Texas Sovereignty Act? Sovereignty is supposedly a topic near and dear to the Governor’s heart, and so you’d think that would have been a hill for him to fight on.

Even if the bills went down in defeat, with the governor’s support they’d at least receive a vote on the floor instead of being secretly axed by a House leadership eager to say their constituents that they are strong conservatives, while quietly killing conservative reform behind the scenes. This being the case, why was the governor not willing to throw similar weight, as he is for the passage of his tax and bathroom bills, behind demanding at least an up or down vote for some of these others?

Otto von Bismarck famously said, “‘Laws are like sausages, it is better not to see them being made,'” and not being a part of the sausage making process, one cannot know all that goes into the decisions of politicians. However, Abbott’s reticence in championing more conservative causes, such as the bill on Texas sovereignty, and especially considering his strong record and rhetoric, is extremely puzzling. No doubt, it will also be puzzling to the voters. For, the battles to which you demurred are as noteworthy as the battles you led. Food for thought.